This past year has delivered some of the changes that Carol and I have been dreaming of for a long time.

Carol retired in March of 2015 and I followed suit earlier this year. We also put our house on the market in May with the idea that we’d travel and search for the next place for our retired lives. After 8 weeks and no acceptable offers, we decided to rent it and we had a signed lease within a week. Now both the cottage and house are leased until July of 2017 so we are homeless, sort of.

One of our dreams was to buy an Airstream and tour the US and Canadian National Parks and that’s exactly what we are doing. Our Airstream is a 2017 Flying Cloud 25 and I’m pulling it with my 10 yr old Cayenne. You should see the faces of the old timers in their dually pick-ups when I pull in with my German SUV 🙂

It’s been a while, like decades, since I’ve been camping (maybe never for Carol?) but we were surprised how quickly we have enjoyed our new life style. Here’s Carol & TiVo and our new home. Carol calls this ‘glamping’. It’s hard to complain when you wake up to a clean bathroom and a hot cup of coffee. Did I mention that we’re going to do this for the next 11 months?

Here’s a good picture showing the relative since of my Cayenne tow vehicle and our Airstream. 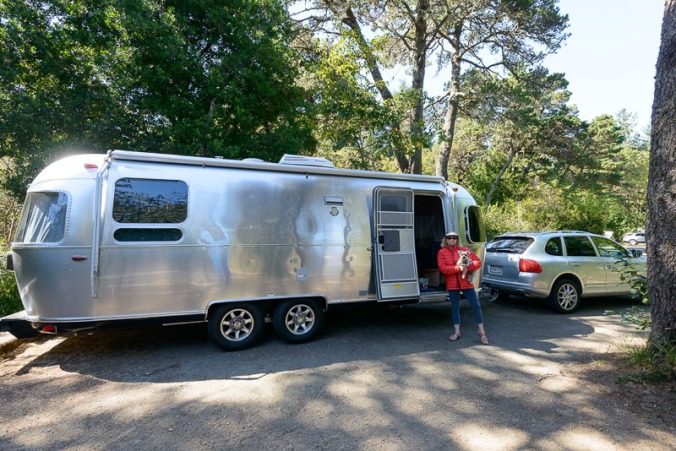