In the last post, I mentioned that Whitehorse was founded on the Yukon River at the site of some rapids.  Hence this location is considered the headwaters of the Yukon as it’s navigable downstream to the Bering Sea.

The Klondike Gold Rush only lasted a few years but there was always a need to move people and goods up and down the Yukon.  Some 250 steamwheelers plied the river from the 1860’s to the mid 1950’s.  The SS Klondike was the last of that great tradition.

The original was launched by the British Yukon Navigation Company in 1929 after silver-lead ore was discovered and her job was to transport the ore to Whitehorse.  Her cargo capacity of 300 tons was 50% greater than any other ship on the Yukon. She drew a mere four feet of water when fully loaded.

The original Klondike ran aground and was salvaged to make her replacement.  Here she sits in dry dock in Whitehorse on the shores of the Yukon:

From Whitehorse, it’s downstream to Dawson in only 36 hours.  But the upstream journey was 4-5 days.  Downstream it was goods and products for the residents and I think this shot of kegs of Pilsner makes good sense 🙂 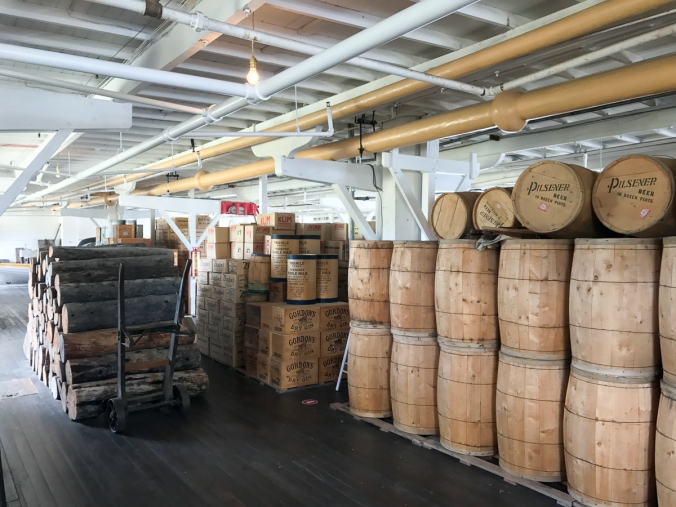 Back upstream the Klondike carried ore.  125 lbs per bag and lots of them. 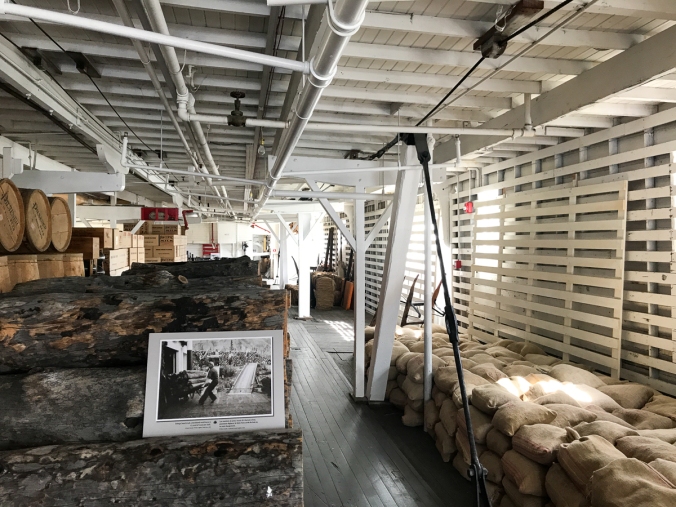 A parting shot of her bow. 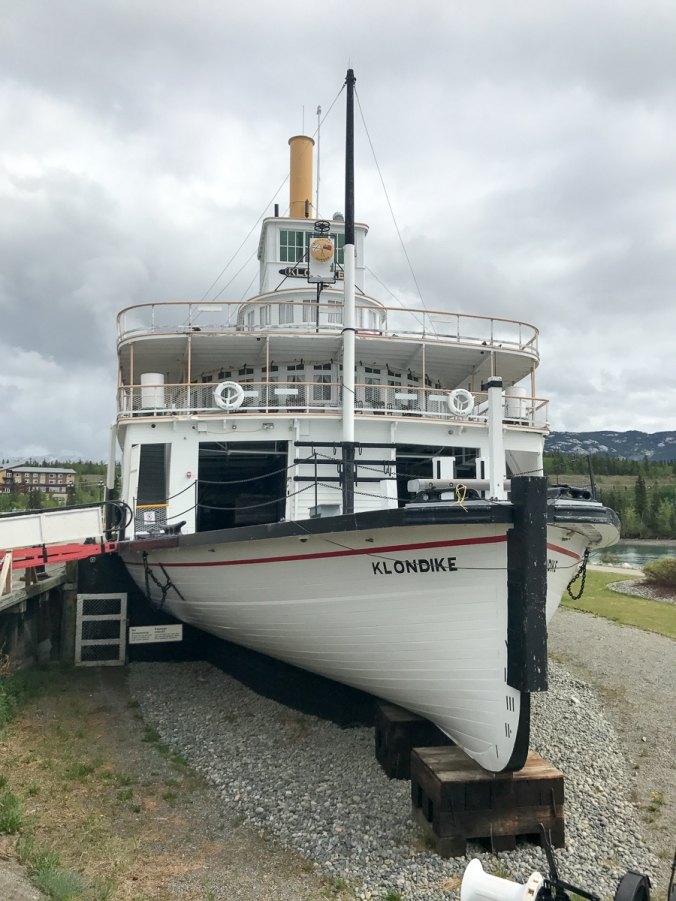