Eagles like salmon as much as the bears and there are a lot of them at Anan.

Here’s a baldy that gave us a nice flyby.

With eagles, piracy is a way of life. So when one gets some scraps, others move in for the kill. Here’s one with a bit in his talons and another in close pursuit. In this case, the owner held on and didn’t lose his food (of course, he might have stolen it from another eagle). 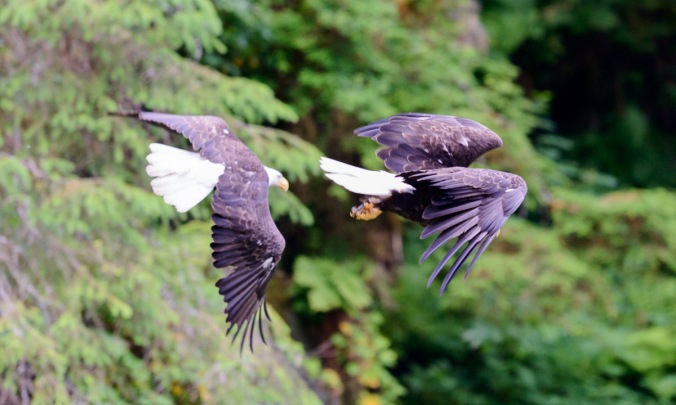 Bald eagles don’t get the white feathers until they’re four or five years old. Here’s a juvenile with some salmon scraps.

And finally, coming in for a landing.